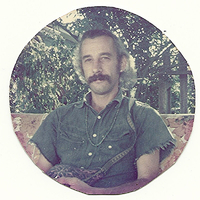 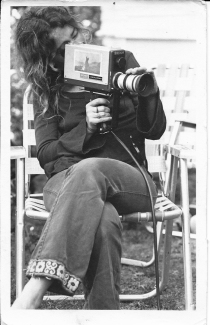 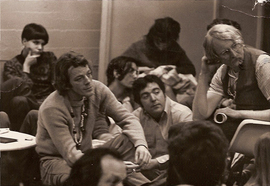 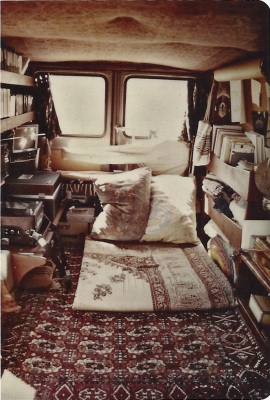 I met one of my closest friends, Pat Ferrero, because of Richard and a cat.  At the time (fall of 1968, I think), I had a young Siamese cat named Xenobia, after the Queen of Palmyra in what is now Syria.  (I'm very fond of warrior women.)  [Xenobia was given to me as a Christmas present in 1967 by my ex-husband, Bob Morrill, whom I left 1 September 1967.] Zenobia came into heat.

Richard was collaborating with an independent film maker, Loren Sears, who was working with KQED-TV in San Francisco on experimental visual projects. [See below.]  Loren and his wife at the time, Pat Ferrero Sears (she's gone back to her maiden name), had a male Siamese cat named Brewster. Richard told me that Xenobia and Brewster would be a good pair, so we arranged a "date." Richard and I took Zenobia to Pat and Loren's flat in the Marina, on Fillmore just south of Union, for lunch for the homo sapiens and a "date" for the felines.  (I don't know how we got there.  I didn't have a car at the time, and Richard never drove.  We usually took buses or hitchhiked.)

Richard and Loren, as is the wont of many males, went off to talk about important things, leaving Pat and me in the kitchen. (She had served us tasty tuna fish sandwiches.)  Pat and I discovered each other and are still the closest of friends. (She has gone on to become an internationally-recognized documentary filmmaker.)  Xenobia stayed for a few days. The date produced lovely kittens, and they mated a second time. (I sold the first litter and gave away the second. Once I got a call from the "mother" of one of the kittens, telling me how wonderful that cat had become.) And Richard and Loren went on to their respective paths.

Loren Sears, was Artist In Residence, The Experimental Project, 1967-1968 at KQED-TV, San Francisco. He was one of five artists paid to explore artistic aspects of television in KQED studios. This residency was funded through Rockefeller and National Endowment grants. Later, Sears directed several broadcast shows for KQED, 1968. He produced a museum-wide video installation as part of a performance for the San Francisco Museum of Art, 1969. 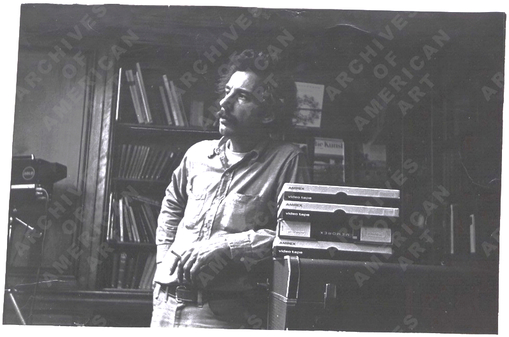 “The Haight Ashbury Quartet” Screening at Downtown Initiative for the Visual Arts, Eugene OR, April 2007.

In the Beginning, There Was the Electron, article by Kris Paulsen 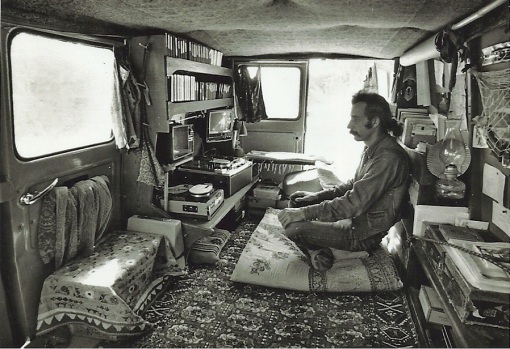 Print | Sitemap
© lorensears.com -- Loren Sears can be found on Facebook and Google.
Login